All the Gods should be honored. It’s not our place to cherry pick. hail Loki, now and always.

There is a particular type of Heathen, call them Nokeans, who have deep philosophical objections to honouring Loki Laufeyson as part of Heathen ritual.  This is something that I discovered when I began having more dealings with American Heathenry, and it is almost purely an American issue.  I get how those who are part of American Heathenry can have trouble seeing that it exists beyond their shores and experiences, but for those of us far from their own journey, some of their communities deep and bitter battles are just hard to understand at all.  The Lokean/Nokean feud is one of the bitterest and strangest for outsiders to grasp.

Lets acknowledge the eight hundred pound gorilla in the room and admit that American Christianity is different that most of the rest of the worlds, and its baggage was not left at the door when conversion to Heathenism was embraced by many… 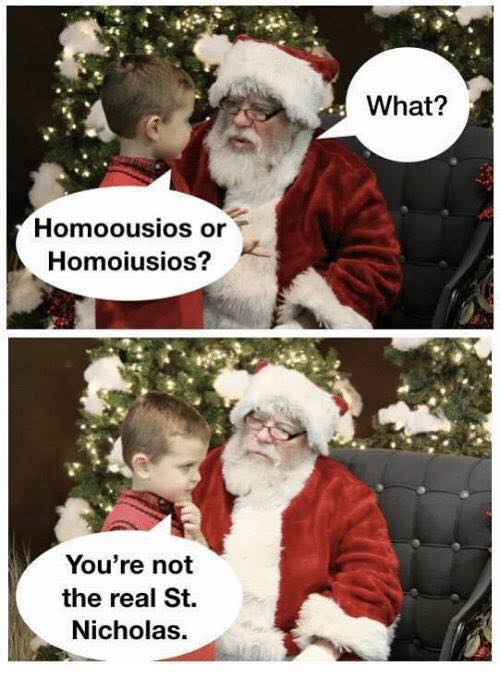 Analysis of Seigfried’s Comparison of Loki and Trump

Okay, so I definitely responded in the comment section to this latest travesty of an article from Karl E.H. Siegfried, Column: Loki in the White House, where the author compares Trump to Loki, but I think I need to do a more in-depth analysis than the short overview I provided the other day. Fair warning – this is going to be long.

Since the piece starts with the author’s credentials, let’s review them, shall we? Once that’s done, I’ll examine the meat of the article itself (if that’s the part you’re interested in, just skip down to where it says “Article Review”).

“Today’s column comes to us from Karl E.H. Seigfried, goði of Thor’s Oak Kindred in Chicago. In addition to his award-winning website, The Norse Mythology Blog, Karl has written for the BBC, Iceland Magazine, Journal of the Oriental Institute, On Religion, Religion Stylebook, and…

wow. just had a Pagan say on fb that it’s “immoral” to raise one’s children Pagan. bitch please. THIS is precisely the problem with our communities. THIS, right here. You, my dear, are part of the problem. I would go so far as to say we have an obligation to pass our traditions and devotions onto our children. There is no other way that they’ll last beyond a generation. It took one generation to destroy our traditions. It’s going to be at least three of consistent, inter-generational practice before we have a hope of true restoration. Maybe this is the essential difference between Pagans and Polytheists. We actually give a shit.

God of the Month: Diva Angerona

Another good piece on Angerona…more accurate I think than the one I posted earlier.

Diva Angerona, the Goddess of Secrecy, is honored at the Angeronalia, held on December 21. (This festival has nothing to do with the winter solstice.) Diva Angerona is shown with a finger over her gagged month for She guards the secret Name of Rome. (It is thought that if a city’s Name is known that the Tutelary God would leave or be captured by the enemy.) Today, Diva Angerona is also known to relieve anxiety and worry.

For polytheist traditions, keeping certain rites secret is expected. For example, the Bona Dea rituals are known only to women. To tell what these rituals were or what happened during them is to the betray the God(dess)’s trust. Therefore it is considered to be one of the great impieties for Roman Polytheists.

“Last and greater than all, Rome herself, whose other name the hallowed mysteries of the sacred rites forbid us to mention…

Comments Off on God of the Month: Diva Angerona

We have plenty of sources from Tacitus on down attesting to the piety of our ancestors. Modern Heathens too often choose to ignore that, refusing out of their own ignorance and fucking human arrogance not to bow before our Gods. Let me tell you something: when certain Gods are present, you WILL kneel. Your body will do it as a matter of course, having more sense than you. It is right and proper to bow and prostrate before the Holy Powers. Anyone who thinks they’re too good to bow before the Powers should go back to larping and leave our traditions alone.

I’m probably about to get the internet trolls and deniers attacking me in an online community where I recently responded to someone else’s posts where they said in angry response to some asshole: “Even my Gods don’t ask me to kneel. Bye.”

The idea there is no kneeling or similar practices to our Gods is erroneous, there’s references abounding to it in the lore.

The real question is how common it was, or if such practices were unique to specific cultic worship, specific deities, specific celebrations or observances?

Loki and Trump: My Thoughts

a thoughtful rebuttal to Siegfried’s disgusting article at the Wild Hunt. Frankly, I think the author here is far too kind in response to the blasphemous piece of shit wild hunt posted, but it brings up some god points here.

And Nott’s prayer card is finished. She was the only member of the House of Mundilfari for Whom I didn’t have a prayer card. She is holding the milky way in Her hand. (image by G. Krasskova)

Here are the two newest prayer cards, both by Grace Palmer. 🙂 They’ll be available in my shop later this week.

Anteros (i just adore this one)

Cloacina – a huge thank you to T.P. Ward for sponsoring this card.

Whom would y’all like to see cards for next? 🙂

A Miscellany of Bullshit

My husband kept reading me excerpts from various articles yesterday, both of us shaking our heads and cussing about how amazingly stupid some people insist on remaining. Several of those pieces annoyed me so much that I decided to write about them here so be warned: bad language is probably sure to follow.

The first was this gem from the Columbia Daily Spectator. This idiot girl-child feels that a Classics degree is classist because – boo-fucking-hoo– one has to learn Greek and Latin. She opines that her more successful colleagues (which given her attitude is probably just about everyone) have the money to hire tutors and take summer programs to up their language quotient, whereas she has to worry about money. Yeah, right, sister. Grow the fuck up. I’ve taught Latin for ten years and did my time in a classics grad program. I never had money for extras either. I taught myself Greek and Latin. I didn’t take any special programs. I applied myself. No one is forcing this girl to do a Classics degree. If she can’t meet the requirements, she should pick an easier major like, oh, I don’t know, basket weaving. You see, unlike in your gender studies classes, no one is going to hand you this knowledge on a silver platter. You may actually have to work. Radical thought, I know. You’re at fucking Columbia. You are not oppressed.

Then there’s this  from Sarah Michelle Geller. She had to apologize for noting that she was trying not to overeat at Thanksgiving. This is, apparently, fat-shaming. WTF? As an overweight woman, I applaud Geller for setting an example of thoughtful moderation. The last thing she should have done is apologize. Let’s face the facts the “fat positivity” movement doesn’t want us to know: fat is NOT actually healthy nor is eating so much you make yourself sick, which is specifically what she was trying to keep herself from doing. Now I don’t think anyone should be shamed for being fat – there are a lot of different issues surrounding why one may be overweight, and some people may find it more attractive. Rock on. But let’s not shame others for actually giving a damn about their health. We need examples of people setting healthy boundaries for themselves.

Finally, there’s this: a Christian missionary got shot by a tribe that wanted nothing to do with his poison. They warned him multiple times (by means of a rain of arrows) to stay the hell away from their island. He got what he deserved (missionary work is nothing more than cultural and religious genocide. Frankly, if his family and church knew about his trip to the island and did nothing to stop him, they ought to be prosecuted in international court as accessories to attempted genocide) but western media is presenting him as the victim. These tribesmen have made it clear for HUNDREDS OF YEARS that they do not want to be bothered by outsiders. Why is that so damned hard for outsiders to comprehend. LEAVE THEM ALONE. They don’t want the diseases that you might bring, diseases for which they have no natural immunity and they don’t want the disease of modernity or monotheism. I applaud their use of deadly force to keep these bastard missionaries out and hope they continue to do so. Does no one find the characterization of this tribe as primitive or sex crazed by western media a little offensive? Or the violation of the tribe’s wishes and consent by this lunatic being presented as though the missionary were the victim (only thing he was victim of was his own fucking hubris and stupidity). Colonization by religious conversion is still colonization, folks.  It’s as though moderns and monotheists just cannot stand that there might exist some little corner of the world, some tiny little corner uncorrupted by their bullshit. Rock on, North Sentinal people. Keep your arrows nocked and ready.

That’s it for today.  Fight on, my good readers, fight the bullshit. It’s pandemic.

EDIT: and then there’s this utter piece of blasphemous shit by Karl Siegfried, PhD in double base I might add, not anything relating to Norse mythology. It’s the most sickening and disrespectful thing ever written about a God as this fool tries to work out his own issues with Loki. He should be ashamed and so should wild hunt for publishing this unmitigated piece of garbage.