← Cooking for Hermes
Get your copy today! →

Bookversary: Dancing in the House of the Moon

It’s the 5 year bookversary of my devotional to the Norse God of the Moon, Mani. 🌛 Son of Mundilfari, brother of Sunna and Sinthgunt, this particular God is one that is greatly beloved by me. I keep an active altar to him in my house, and I couldn’t resist having multiple prayer cards and icons for him in the Prayer Card Project either. 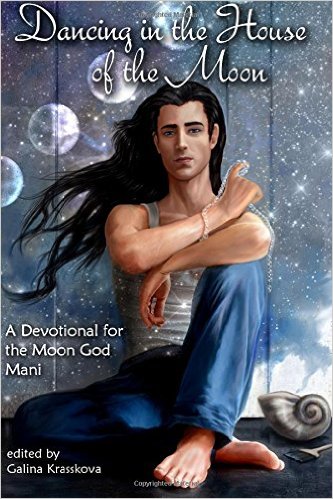 “Dancing in the House of the Moon” is a celebration and adoration of the Norse Moon God Mani. It is a collection of essays, prayers and poems word-pictures that summon a sense of His presence: ineffable, incandescent, and beautiful. This is a devotional for anyone wishing to know this God better, anyone who has tasted of the splendor of Mani, anyone wishing to throw themselves into His devotion. It is the expression of a cultus renewed and restored for the modern world.

So who has a copy? And if so, what’s your favorite part?