← Time for Questions
Time for some poetry →

When this topic came up in the genealogy challenge, I immediately thought of my maternal third great grandmother Rachel Bobo. She was born in 1824 and died 1908 having spent her entire life (as far as I can tell) in Hardy County, West Virginia. She married a farmer, William Seymour Baldwin (1823-1864) in 1839 and they had a passel of children including my great great grandfather Isaac Hamilton Baldwin. 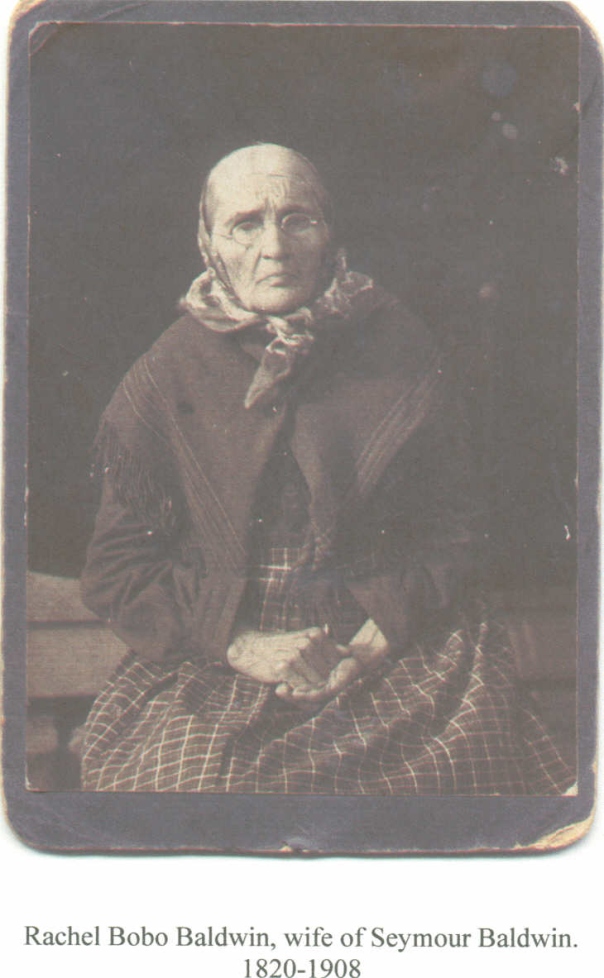 (yes, the birth date is off on the photo – welcome to genealogy)

The first time I saw her last name, I was amused so of course, I had to research it even further. It’s a French name that can also be spelled Beaubeau, Baubeau, or Bobeau – keeping in mind that there was no standardization with the spelling of names until well into the early 20thcentury). Turns out, Rachel is descended from Gabriel Bobo, an Huguenot immigrant to VA c. 1681. Originally from St. Sauvant, he was fleeing religious persecution in Catholic France. The Edict of Nantes, issued in 1598 had given Huguenots the right to practice their faith free of persecution but this was revoked by Louis XIV in 1685 leading to government sanctioned persecution, pressure to convert to Catholicism, imprisonment, and violence. Many Huguenots fled to Britain and Denmark (and some, eventually to the American Colonies). I was surprised to learn that they had a reputation for being fine craftsmen of various sorts, though I can’t tell if that was also the case with Rachel’s family. I do know she was tough and you can see it in her face too. My impression from her photo and the stories that I have of her is that this is a woman possessed of grit.

Rachel’s Grandfather, Leonard Ludwick fought in the Revolutionary war and I’m amused by the names she chose to give some of her children: Andrew Jackson Baldwin, Isaac Hamilton Baldwin, etc. Obviously, this was a generation proud to be part of the new America. It doesn’t seem like she or her husband were literate but they sure made certain that their children were. Her son Isaac, my second great grandfather was a mechanic, and his daughter was, at least for part of her life, an opera singer.  One can see an upward educational trend.

It may seem strange to write about Rachel on a week focused on “prosperity,” but she and her husband worked hard and it’s clear that they did so in order to give their children something better than they themselves had. I wonder what the word “prosperity” meant to her and I very much wonder what I can learn from how she lived her life and her values.