Comments Off on Tribes of Europe — and sometimes progress isn’t

We’re half way through NYRDCON and the conference is going extremely well. We have a really good turn out — better than I expected given that we had a snowstorm a few days ago–and the presentations have been awesome. We have folks attending from all over NY, but also NH, MA, DC, and MI.

It’s a jam packed schedule (we’re going from 8:30am – 8:30pm) and it’s really good to see so many community diviners, from so many branches of polytheism, coming together to share their knowledge. It’s moments like this that I realize what a rich and dedicated community we truly have.

The Very Practical Side of Ancestor Work

I’m sitting here in my office waiting for a Maryland funeral home to call me back. I contacted them today about purchasing a grave stone for my maternal grandfather’s grave. I happened purely by chance, during an ancestry.com search, to discover that his burial plot is not marked. There’s a story there, and I’ll share it in a few moments but first I want to comment on the nature of ancestor work.

So much of my writing focuses on the spiritual aspects of venerating the dead: keeping a shrine, making offerings, telling stories, visiting graves. There’s more to it than that though, a logical progression into what amounts to very practical work. I’ve started really immersing myself in this side of ancestor work just this past year, as I joined my local cemetery committee. An offshoot of our local historical society, the committee tends the handful of graveyards in my town working to repair the older, broken stones. Their current project is one dear to my heart: replacing broken or missing headstones for local Civil War veterans. This is a bit more complicated than it sounds, since there are legalities around who can actually replace a headstone, and lots and lots of paperwork when it happens to involve the government, as military stones do. Earlier this year, I organized a fundraiser that led to the repair of two stones, one for Alice Judson, a well-known turn of the century artist, and the other for Charles Davies, a professor, mathematician, and friend of Charles Dickens. It seems only logical and fair that I do the same type of work for my own dead.

Ancestor work isn’t just about the esoteric. It’s also about tending and fixing and doing what needs to be done for the graves of our loved ones. It’s about doing those very practical things that make a difference in our every day world. The more I work, the more this gets driven home to me and I’m grateful for the lesson.

I promised you a story about my grandfather and why his grave was forgotten, and why it lacked even a headstone for remembrance. My biological mother’s father’s line was very vexed. There’s a lot of hurt and a lot of tragedy there and I suspect her siblings might not appreciate me sharing it here, but I’m going to do so because secrecy only causes such wounds to fester. My biological maternal grandfather was an abusive son of a bitch to his wife and children. When I was visiting home, as my bio-mom was in the hospital about a year before she died, I remember having lunch with my uncle, his wife, and my cousin. We were talking about their childhood and my uncle made an offhand comment, as matter-of-factly as if he were discussing the weather: “when we were small my father would beat us with the coal shovel almost daily until we pissed or bled.”. My cousin and I aren’t close but we shared one moment of solidarity as we looked at each other in horrified shock. I’d heard other stories about him too, how my aunts and uncles (and mother) used to be afraid to come home from school, afraid they’d find their mother dead. Eventually she divorced him and he lost contact with her and his children. I know that she feared him greatly and even now that she is dead, she did not want him honored on my regular ancestor altar with her.

I do honor him, though in deference to her not on my regular shrine. I made that decision quite some time ago based on a number of factors, not the least of which is that he tried desperately to make amends before he died to his children. They would have none of it — those wounds, understandably, ran too deeply. I also know that his own story is one of pain. When he was six, his mother took him and his brother to a local park. She told them she would be “right back” and left. She didn’t come back. They were fostered out eventually, my grandfather to a family that beat him and used him as farm — slave—labor. He was a sensitive and brilliant man, a self-taught civil engineer who built a local dam, a violinist who could play any tune he heard by ear, a veteran of World War II, like my father. He also struggled with abandonment, loss, and a raging temper. I understand this last all too well. He tracked his mother down as a young man only to have her slam the door in his face with the words “I have no son X.” (I won’t give his name out of respect for my family). As an ancestor, he has tried to step up and make amends and i’ve done many an elevation for him and his mother. There is a tangled knot of bitter pain and shame there that I’ve only started addressing (part of ancestor work may well be to help heal and untangle the agonies embedded in one’s line, to broker healing between various members of one’s ancestral house). I’ve done elevations for her too — an opera singer who abandoned her children. I’ve every indication through family stories and my own ancestor work with her that she had started seeing her own father’s violence coming out in her with her children and felt she had no other choice. In 1909 there weren’t many options available for women or children in such situations.

So while I don’t excuse the abuse, I struggle to understand it, and the choices made that led to such damage not abstractly within my ancestral line, but very clearly to my mother and her siblings. More on that, I will not speak, save that I pray daily for my bio-mom, that she may find joy, peace, and healing amongst her dead, simple happiness that she never, ever had in life. Life was cruel to her in so many ways and if she became bitter and twisted in her heart with the hurt, I cannot blame her. She deserved better than what she got. So did my grandfather and this is my inheritance. My bio-mom tried her best and never, ever raised a hand to either of her children, but the damage bled through, especially with the daughter that resembled her grandfather in so many ways.

My grandfather died alone — he was found when he was 88, having wandered into the cold, frozen to death by the railroad tracks in the town where he lived. I was a teenager when this happened and have no memory of my parents discussing it. I do know that my bio-mom visited him when he reached out trying to right the harm he had done (she’d been a particular target for his violence). Last week, researching my genealogy, I came across an article about his death and discovered that he lies all but forgotten in a cemetery not too far from where I grew up. I’m in the process now of having a marker made for his grave (waiting for a call actually from the person who handles the monuments for the graveyard).

Telling his story is part of my own ancestor work too, as is struggling to comprehend the choices that led to such harm. I’ll give him a grave marker and make offerings for my bio-mom and likely engage in a series of elevations: for him, for her, and for his own mother. I am the memory keeper of my line, the one who gathers the ancestral stories good and bad, sifts through them, ordering them, and sharing as opportunity presents with my family. This is part of the fabric from which I was made, to be carried blindly or well and I choose the latter. Sometimes ancestor work is the damnedest thing; other times it’s as simple as setting up a gravestone for a man forgotten and shunned by his kin. So it goes.

As of today, June 23, 2015, my grandfather has a headstone. I received notice from the funeral home that the stone I ordered right before winter had arrived and had been properly set. I have already shared the photo that I received of the headstone in situ — it is simple: just his name, birth and death dates, and a carving of ivy as a border –with a distant relative. That which is remembered lives.

The NY Regional Diviners’ Conference is this saturday! The schedule is up and live so check it out. Folks can register at the door.

Comments Off on NYRDCON is this Saturday

Thunderstruck with Wine is now available!

Sannion’s newest book is now available, a collection of hymns to Dionysos. The hymns are gorgeous–I have one of the first copies and I’ve been using it and all I can say is go, now, and buy this book. ^___^

Comments Off on Thunderstruck with Wine is now available! 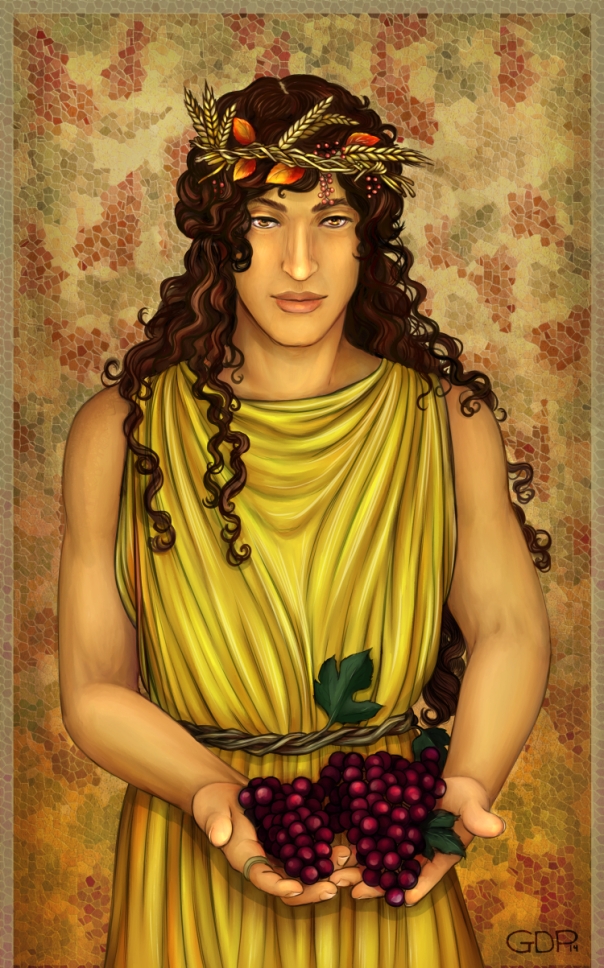 “Those who profess to favor freedom and yet depreciate agitation, are people who want crops without ploughing the ground; they want rain without thunder and lightning; they want the ocean without the roar of its many waters. The struggle may be a moral one, or it may be a physical one, or it may be both. But it must be a struggle. Power concedes nothing without a demand. It never did and it never will.”
― Frederick Douglass

My latest Polytheist.com column is up

My newest column at polytheist.com is now available here.  In this installment, I talk about the need, as part of our restoration, for resacralizing the world.

Tune in for the final episode tonight

Tonight will be the final episode of Wyrd Ways Radio. Don’t miss it!

It’s cool to be a NYRD

The schedule for the NY Regional Diviners’ Conference on November 29 is now up. Check it out, we’ve a great line up of workshops and presenters.